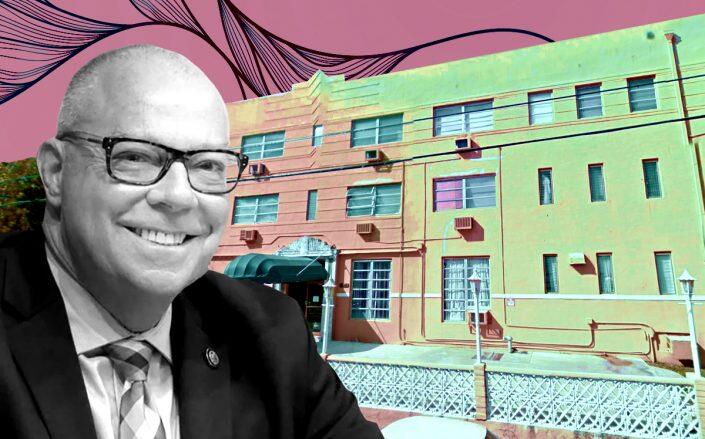 The Miami Beach City Commission on Wednesday authorized staff to move forward with crafting a request for proposals to partner with a developer that can fix up the Barclay Plaza Apartments at 1940 Park Avenue.

Bidders can also include possible additions to the 1935-era building in their proposals.

Miami Beach commissioner David Richardson told his colleagues that allowing interested developers to build on the vacant area behind the three-story, L-shaped structure would make the project financially viable.

“It needs to be clear that they can also make a proposal to put something on there,” Richardson said.

“I think that is the only way it will work.”

Miami Beach officials would enter into a private-public partnership and sign a 99-year ground lease with the winning bidder, according to a memo from City Manager Alina Hudak.

A developer can also choose to maintain the Barclay as an apartment building with some workforce units, or reposition the property as an office project.

The project does not require a voter referendum, but any proposal would need approval from the Miami Beach Historic Preservation Board because the Barclay is considered a “contributing” building in the city’s Art Deco Historic District.

In 2014, the Barclay was condemned by the city, which then purchased the property a year later.

Since then, it has remained vacant.

Commissioner Kristen Rosen Gonzalez, the lone no vote on the RFP, said the better option is for Miami Beach to pursue funding from the Florida Legislature to renovate the apartment building.

“I don’t like this RFP at all,” she said.
“I do feel strongly we can get the [state funds] to renovate the Barclay. Why give it away when we can do workforce housing ourselves.”